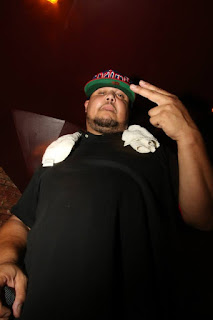 The one and only Bronze Nazareth hailing from Detroit Michigan by way of gun ru, in the building in Bristol.

Is there a Team you're repping?

Yeah I rep Wise Men Detroit all day! And of course, the infamous Wu-Tang Clan. I came through RZA so it's all official and beautiful man.

What made you get into Hip-Hop?

Growing up my Pops was into the Soul music, Teddy Pendergrast, The Stylistics, Dramatics all that, Whitney Houston, so I was naturally drawn to music and I think my generation met with Hip-Hop at the perfect time. My first record was Fat Boys - Fat Boys are back, was like the first joint I heard. I think it just evolved from my father's love of music, my grandmother I found out was in an old soul group, I didn't know that til she passed. I just think it's innate, it's inside me you know.

Are there any current projects out now or any future ones in the pipeline?

I stay busy, we just did an album me and Canibus, it's called 'Time Flies, Life Dies, Phoenix Rise' so that did a pretty good hit on the billboards in the USA, that's the latest one. I just did one with my homie Willie The Kid. And of course my solo 'Thought for Food Vol. 3' came out this past November.

Do you have any musical influences?

Old Soul groups of course running into the Fat Boys, NWA. Big Daddy Kane was a big influence on me and early Wu-Tang so just raw, soulful hard Hip-Hop was heavy for me.

Who do you think you owe to the most in your musical career so far? 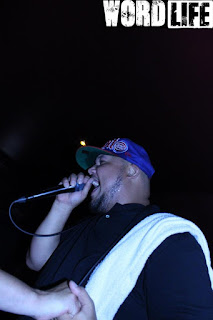 I'm probably going to have to say my brother, Kevlar. He passed away this last December (RIP). I believe he was the one behind me, pushing me, keeping me interested in it. Driving me, encouraging me. Every time I went to New York to hook up with RZA or whoever he was with me so if it hadn't of been for him being that rock it would have been a lot of stuff a little brother would've been hesitant to do alone. I give it up to him.

What are your thoughts on the state of Hip-Hop today?

There's a lot of Hip-Pop as is well known. But I also believe there's a divergent group of people are steadfast with their art. You got your Joey Badasses, people like that, underground independent people who are not so underground anymore because they're independent pushed. I think that for the underground, the real art of Hip-Hop, this is the new golden era. That's why we called this tour the New Golden Era Tour.

What needs to be done for UK Hip-Hop to get the international recognition it deserves?

I think UK Hip-Hop is going strong. What I see that is different from the USA to here is this, right here. Not to down the USA but like, shows in the USA they're slow right now. Unless you've got the real real big name, it's sparse. I've seen some big artists, I'm not going to say names, come into town and do shows for like 50 people, 50 people crowds! And these are people that have been around for years. But I think the internet has helped that 'cos it's spread it all out, and you might have 100 fans over here and 500 over there, and of course all your fans are going to come to one show so I think it's spread out it's sparse and I think it's great for UK Hip-Hop because we're now hearing it on our side. So the internet is like a gift and curse.

Who are your favourite Hip-Hop artists and why? 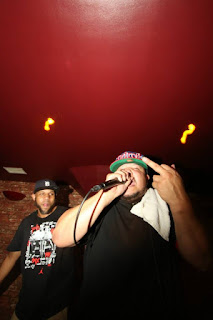 That's tough! I've got to give it up to my Clan, even if I wasn't affiliated that's the number one group in Hip-Hop to me. Then you've got to go with Gangstarr, much love to Guru (RIP) and Primo, Oukast, the artists, the writers, 3000, Jay Electronica, that's what we need.

Are there any artists you'd like to work with?

I've been trying get up with Elz I, I think we're going to make some magic happen, still would love to do a full joint with Ghostface. I like interesting combinations, you know. What would something with me an Lauren Hill sound like for example?

Any future projects coming in the next few years?

Well this is probably the first time I'm saying this but since I'm out here, I'm starting on Great Migration 2, I know the fans will be excited about that one. That and I've also got The Living Daylights Pt 2 coming out with Willie the Kid. Those are going to be heavy man. 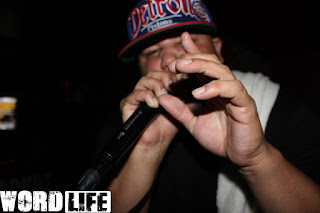 I've got to shout out my home town, Detroit City gun rule Michigan, my home boys the Wisemen, June Mega, Phillyoso, I salute the Kid, RIP my bro Kev, Illy Dayz, Josiah Allah. And I got to shout out my homie Antlive and my dogg Roll Blunt from the Rock and Rollas for helping make this all possible, and shout out to all of you reading this too.

Where can we find your music?

Twitter, internet, Band Camp, I Tunes. Wherever music is at you can find us.